The Egyptian National Library and Archives (Dar el-Kotob) will showcase an anti-Semitic book at the 46th edition of Cairo International Book Fair which is being held in Cairo from January 28 to February 12, 2015

The book titled "In Hidden Corners or Revealing Secrets of the Jews" was originally published in 1893 and translated from French to Arabic by Naguib Al-Hajj (Albawabh News: Jan.28, 2015) 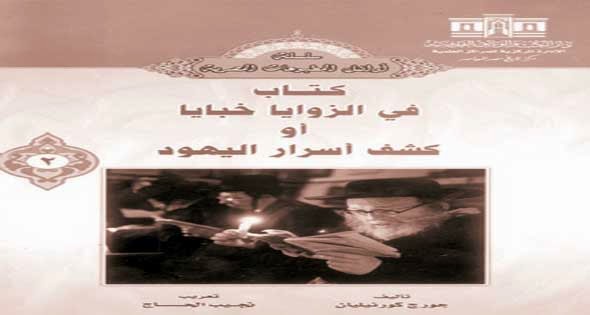 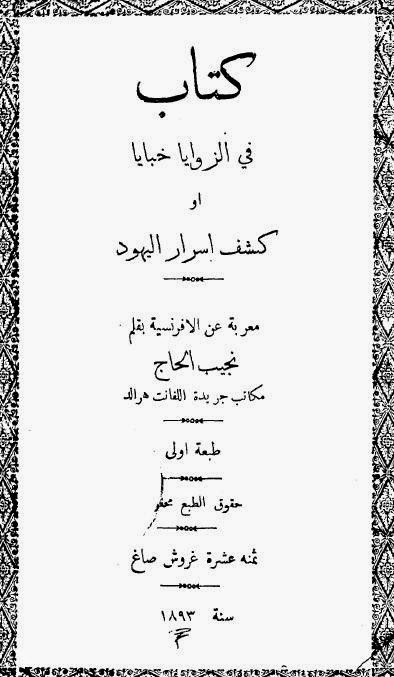 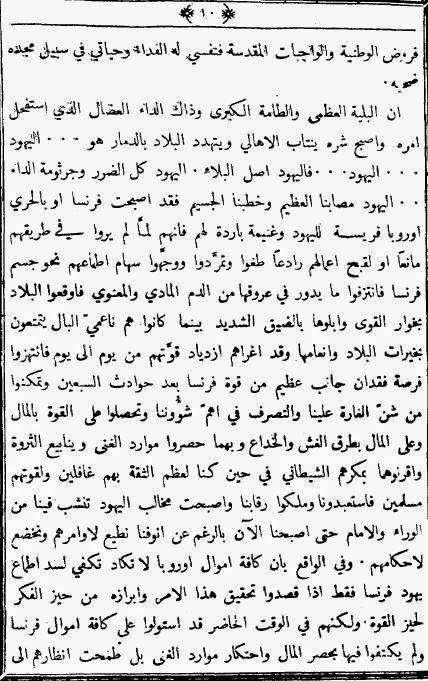