Blooper: Egypt's Middle East News Agency (MENA) mistakes the ADL for AIPAC....or is it the AJC ? 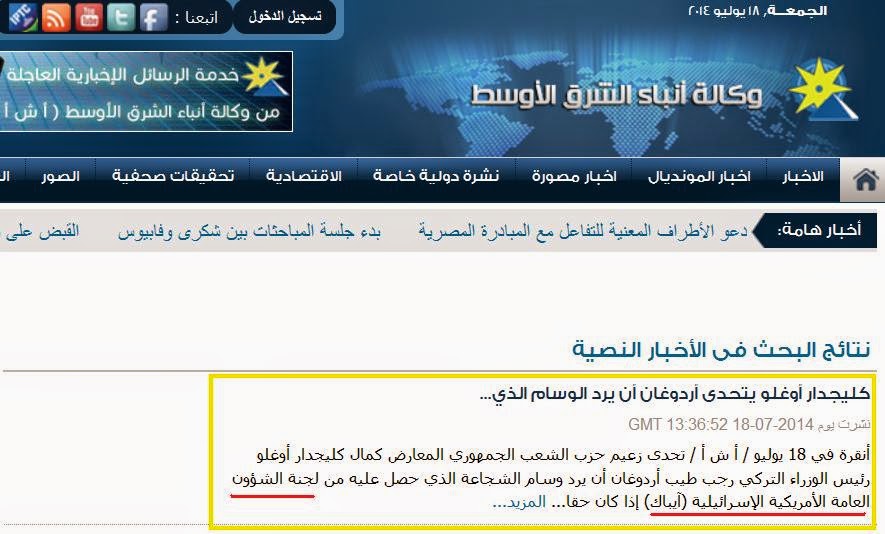 Full story with the date of the award (June 10, 2005) appears in several Egyptian newspapers; Al-Ahram, Youm7


However, Turkish newspaper Hurriyet is referring to the "Profiles in Courage Award" granted by the American Jewish Committee (AJC) in 2004

"The leader of Turkey’s main opposition party has called on Prime Minister Recep Tayyip Erdoğan to return the “medal of courage” given to him by the American Jewish Committee (AJC) in 2004"
Posted by Shawarma News at 9:14 AM