- ISIS was created by British, Israeli and U.S. intelligence to distort the image of Islam
- ISIS fighters are ex-convicts, gays and devil worshipers
- ISIS acts of terror resemble Masonic rituals
- Main goals of Freemasonry; Rebuild Solomon's Temple, avenge the Jews and the Babylonian Captivity
- Its teachings are derived from the Protocols of the Elders of Zion 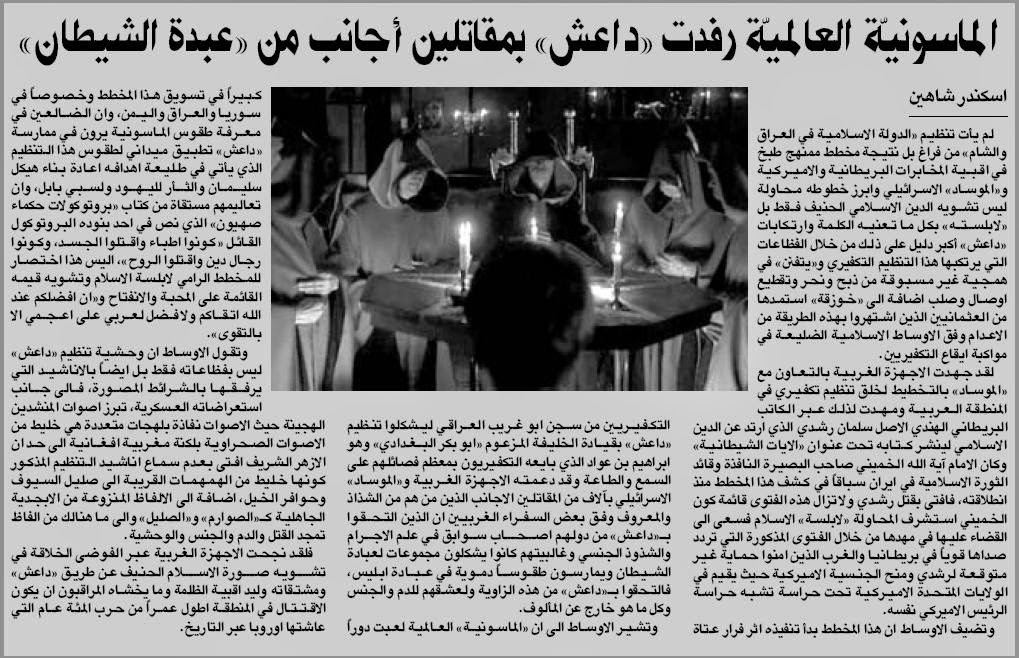