All the Jews in Europe work for the Mossad (Update)

My initial post was based on the Al Mogaz article...upon watching the clip, he mentions that Israeli embassies in foreign countries had a special office for the Israeli intelligence (Mossad) and it was a costly process to hunt someone down with the desired specifications and now the internet made it easier for them. Based on the additional information, I believe he meant to say: 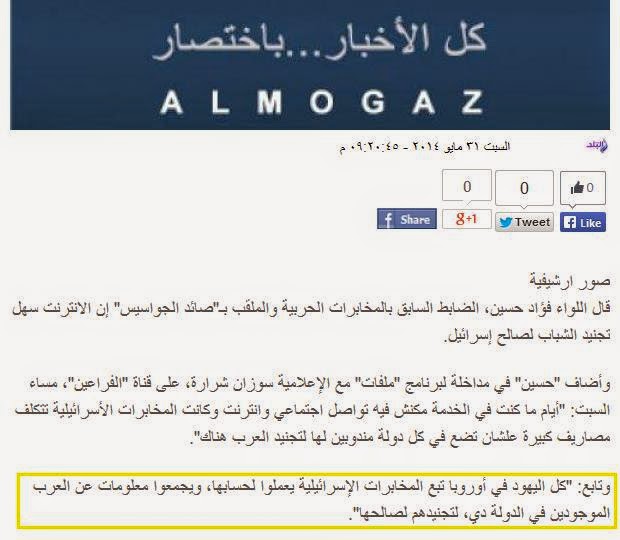