Headline from Eurosport-Arabic on the Honduras 4-2 loss to Israel in a soccer friendly match on June 1, 2014 in Houston: 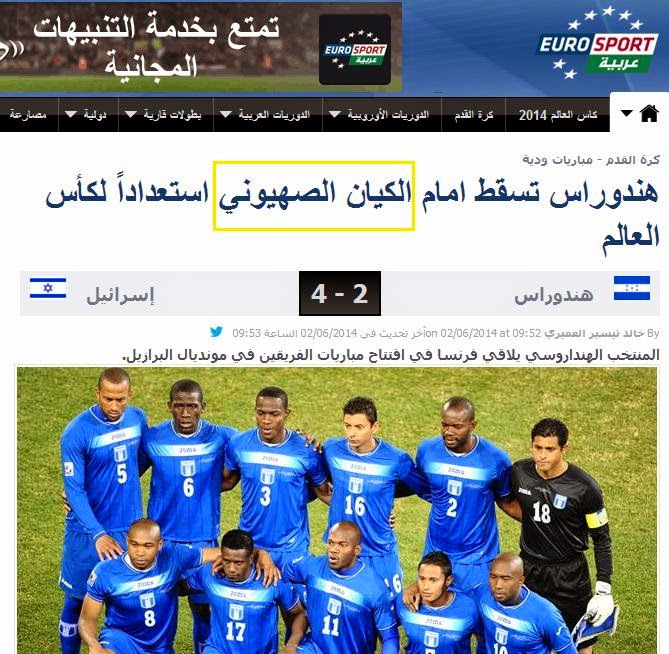 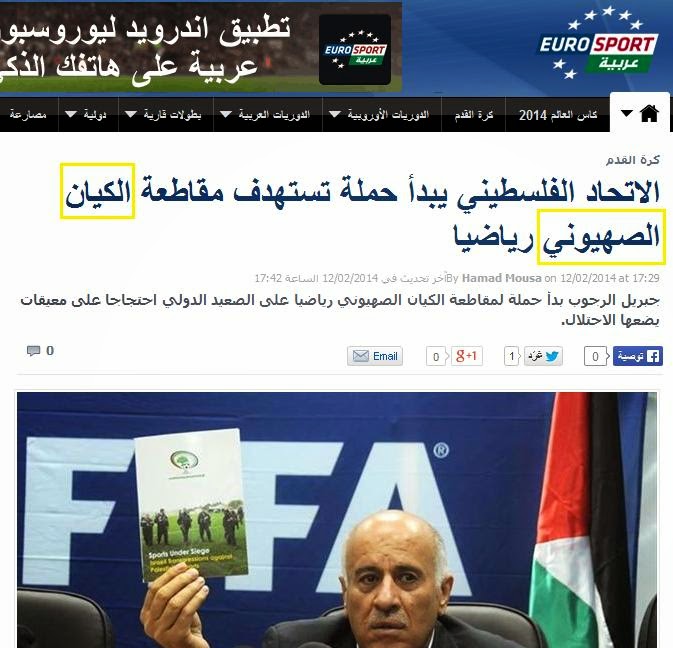 The above article is by columnist Hamad Mousa of the Agence France-Presse (AFP) titled: 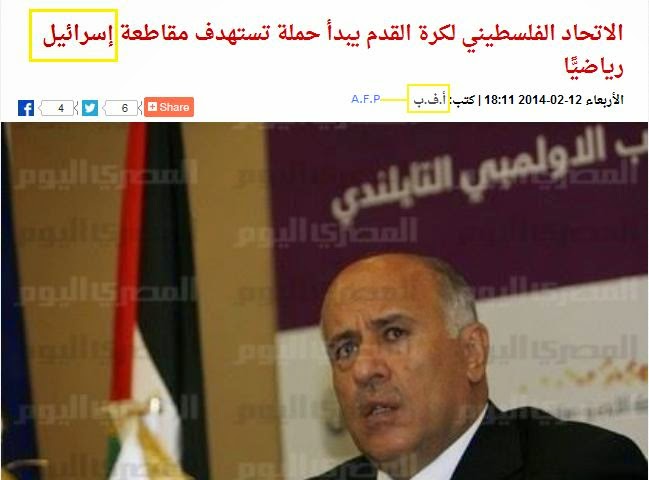 Eurosport-Arabic "version" of the AFP article 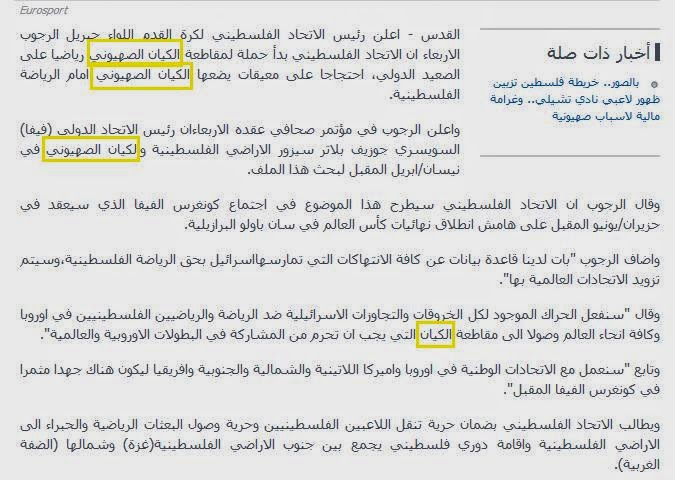 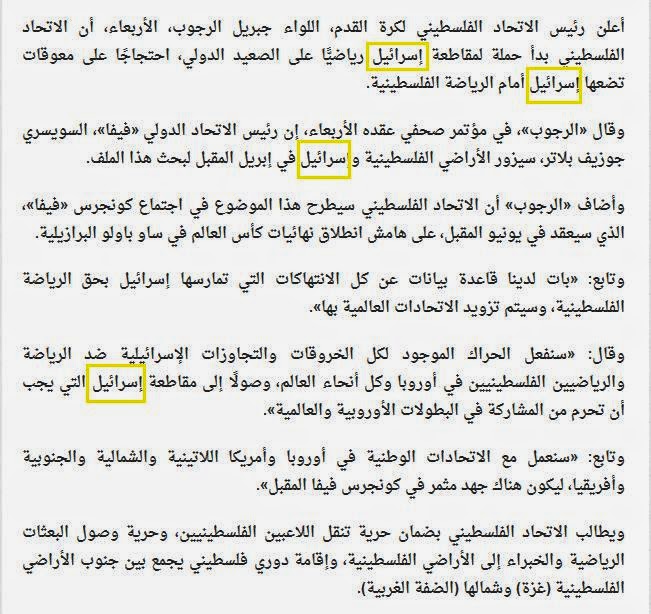 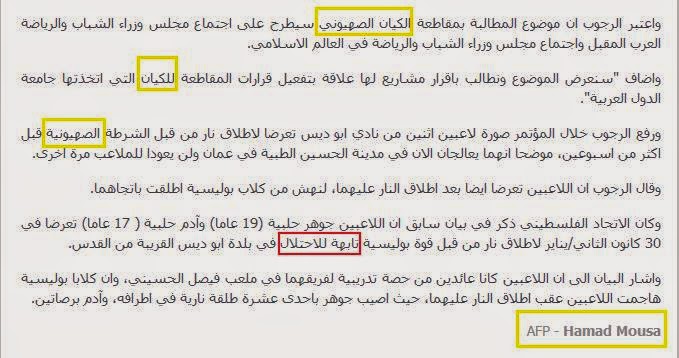 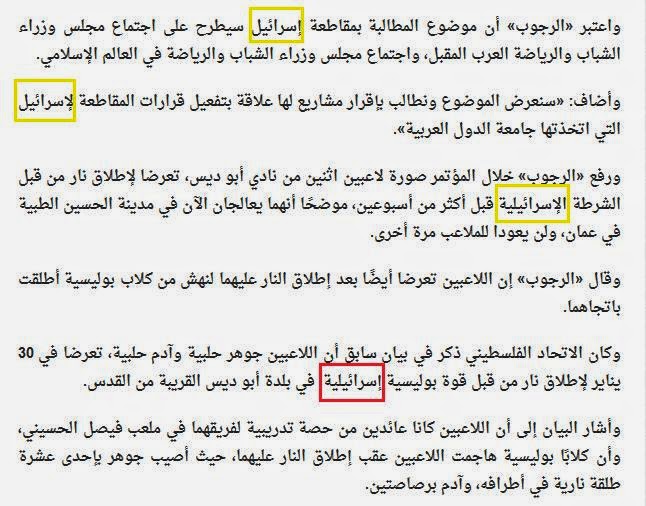 Note:
Zionist entity: is a phrase used by Arabs as a pejorative for the State of Israel. The term is described as a means of expressing hostility towards Israel, refusing to acknowledge its existence, and denying its legitimacy or right to exist. (Wikipedia)