Excerpt:
"More than one billion individuals around the world harbor anti-Semitic attitudes. Who says so ?
The Anti-Defamation League which was originally established to defend the Jews ended up defending Israel - the nation of Zionist settlers of Khazar origin who carry out murder, occupation, displacement and have absolutely no right to exist in Palestine

Israel and its defenders are the first and most important reason for anti-Semitism, the world sees the crimes (committed) by Israel and holds the world's Jewry (responsible)" (Al Hayat: Jun 13, 2014) 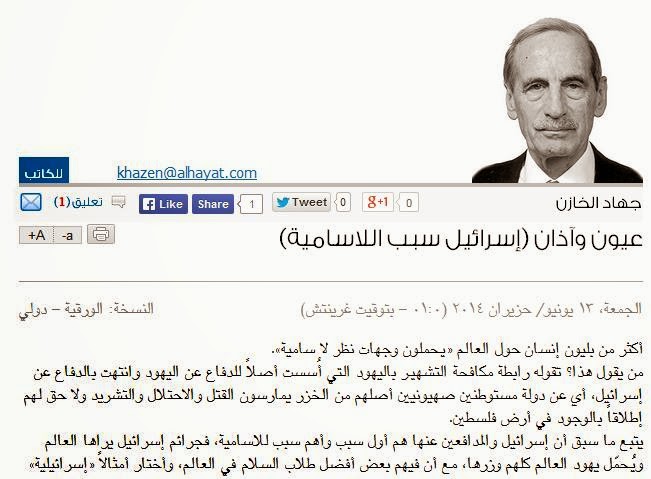 Posted by Shawarma News at 7:30 PM