Sabrine plays the character of "Bailasan" an Iraqi who immigrated to Egypt and married an Egyptian, but decided to move back after the U.S. invasion of Iraq to search for her brother, she was thought to have been killed but resurfaced after being detained for 8 years by the Americans to participate with her children in the January 25 Revolution

The writer of the series, novelist Abdelmaksoud Mohammed said the series aims to reveal the American-Zionist attempts and their plots to divide and weaken the Arab states (Youm7: Jun 9, 2014) 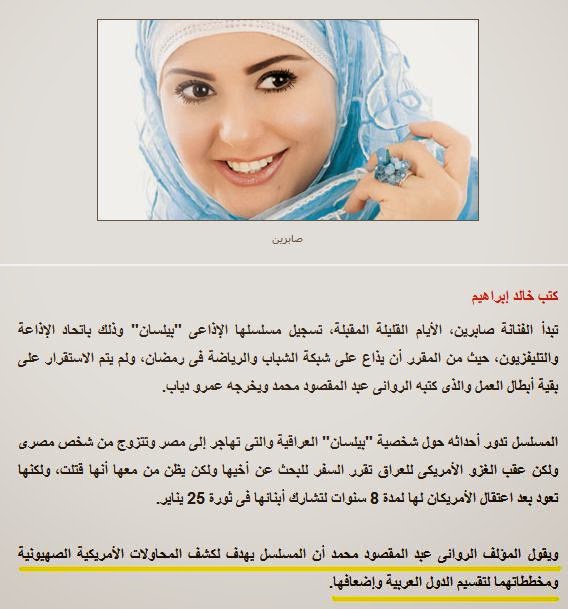 Posted by Shawarma News at 3:43 PM