Huge rally in front of the Al-Tafilah Alkabeer mosque in Jordan organized by Herak Ahrar after Friday prayers under the slogan "We will not let the nation down" to demand political, social and economic reforms and fight corruption

The activists said "this nation is blessed by God and the prophet taught us that Jordan is the land of al-ribat and starting point of the liberation, (he) told us the line of fire in the final battle with the enemies of humanity - the Jews - will be it's eternal river" (Assabeel: May 30, 2014) 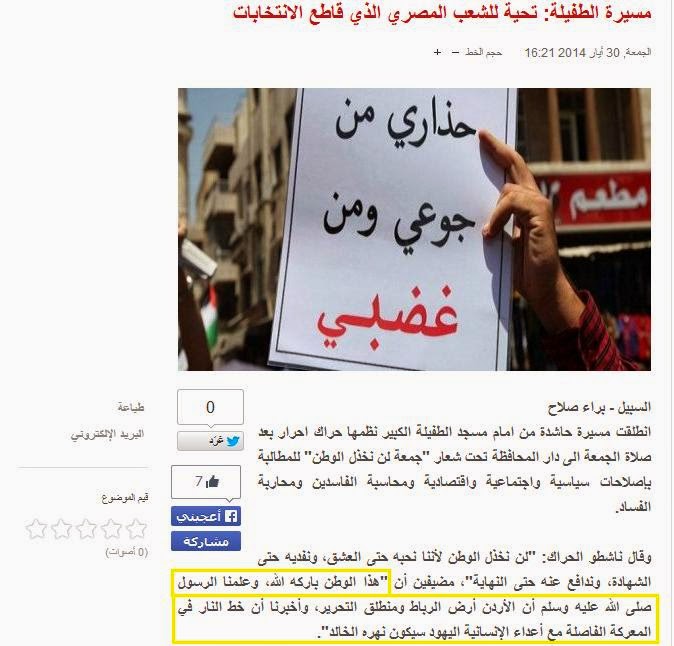 Posted by Shawarma News at 7:37 PM