Youm7 was twice selected by Forbes Middle East as having the most effective news website in the Middle East and reportedly has the most-visited website of any Egyptian newspaper (Source: Wikipedia)

Historic Message from an American Warning Against the Dangers of the Jews ! (Cairodar: May 9, 2014)

In this article she writes about the "The Franklin Prophecy" 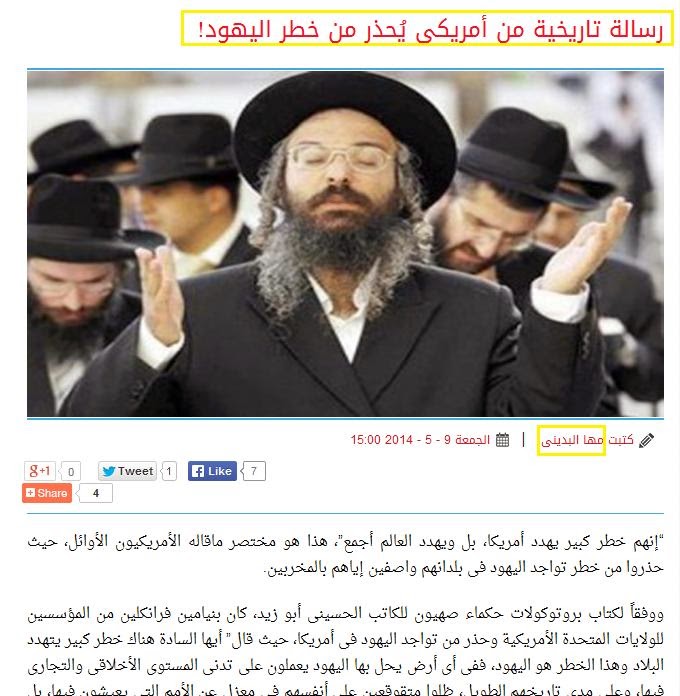 First Protocol of the Learned Elders of Zion "Methodology to Humiliate People !! (Cairodar: May 9, 2014) 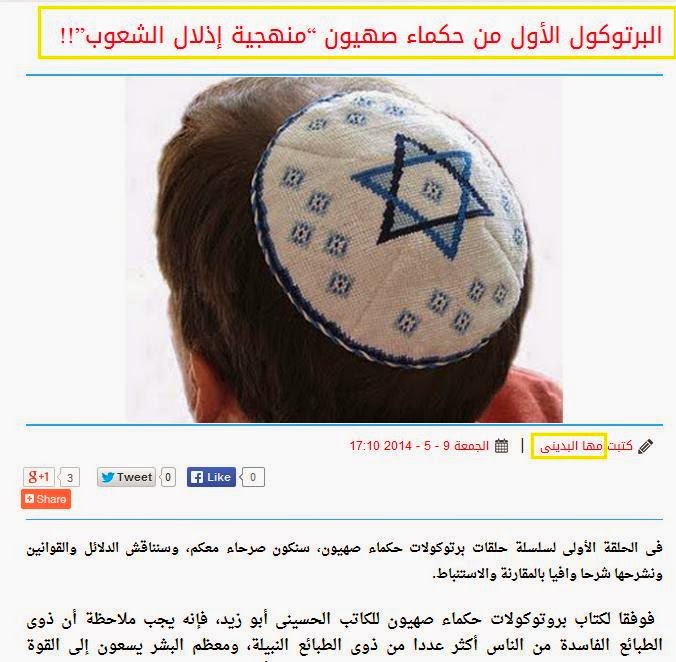 The Jews "Vampires" Kill Children and Use Them as Blood Libel Offerings ! (Cairodar: Apr. 5, 2014)

An article regarding the anti-Semitic Blood Libel myth 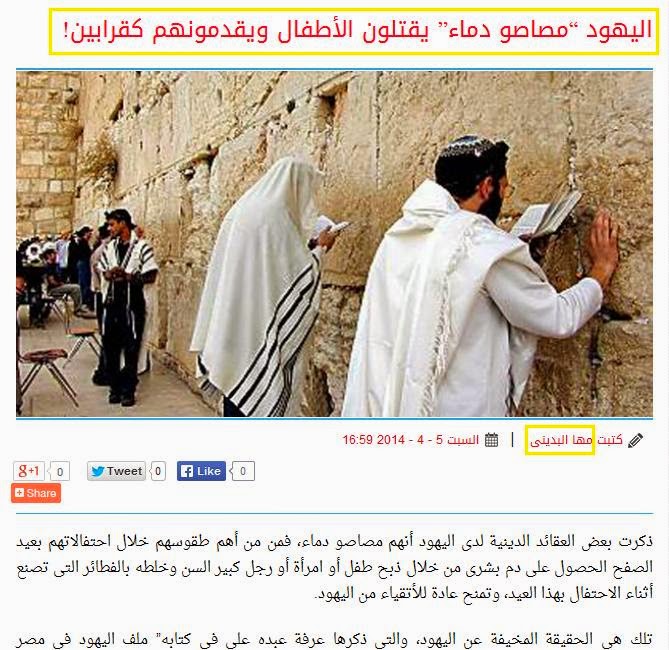 Note:
Maha Albdeny made the following comment on her Facebook page regarding another Blood Libel article written by Virnas Hafzy and translated by MEMRI;
"The article that made the Jews go nuts
They say that the Muslims are racists and terrorists!!! The Jews are predatory animals who kill children" 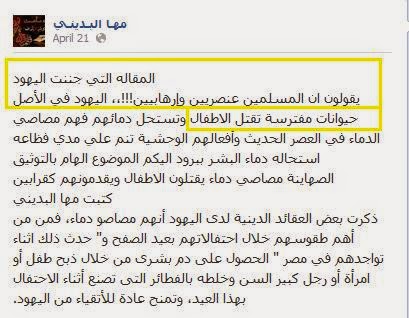 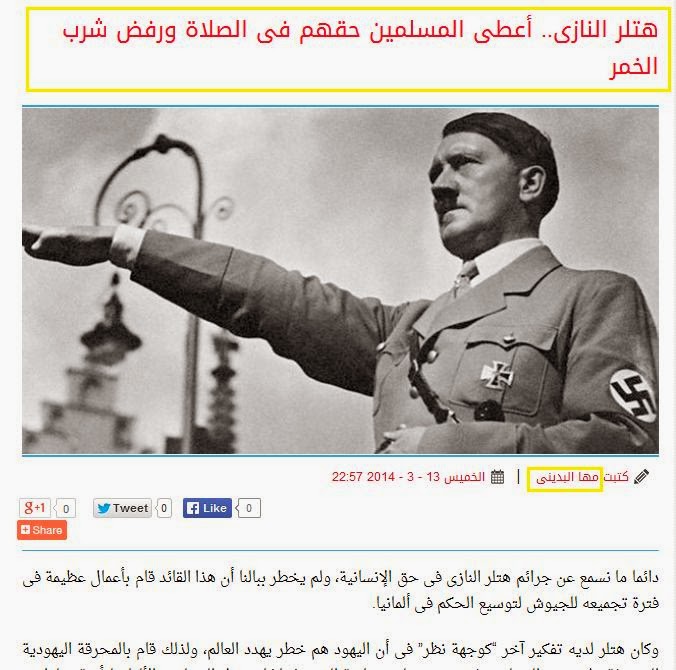 The Protocols of the Learned Elders of Zion..."The Block" of Jewish Terrorism in The World by Maged Timraz (Cairodar: Apr. 2, 2014) 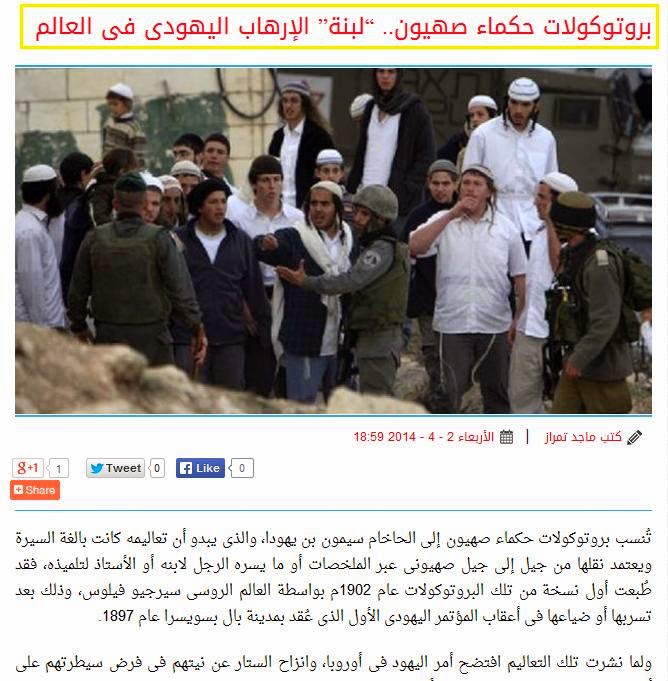 Posted by Shawarma News at 2:23 PM